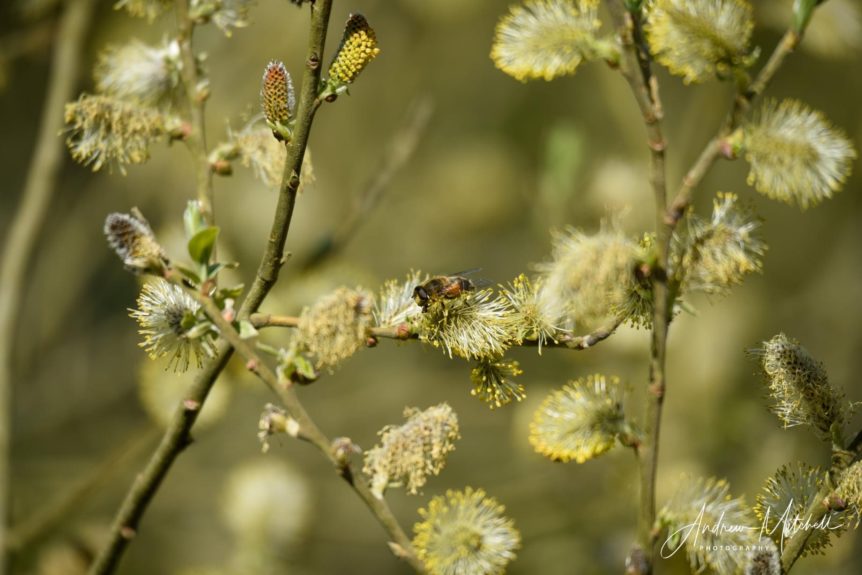 Pussy willow is the name given to the furry gray catkins which appear in late February and early March on Salix caprea, although there are many others as well.

The catkins appear very early in the year before the leaves. The furry stage is actually the bud stage of the flower. Later, the fur disappears and is replaced by either male or female flowers, depending on which type of plant you have. Pussy willows are dioecious, meaning there are both male and female trees. Although only the male flowers produce pollen, both sexes produce nectar.

Pussy willows are hardy and the buds usually appear as early as late February or early March. According to several sources, the nectar can be plentiful, but often they appear too early in the season for honey bees. This lucky honey bee has timed his first flight perfectly.